Baby Boomers
Baby Boomer Determined and Impacts on Society: At present, there are countries that are considered overpopulated. This is caused by increasing birth rates in various places, although there are ways to control births. Babies born after World War II, when economic prosperity reached its peak, were called Baby Boomers. The exact years covered were from 1946 to 1964.
You might be wondering what caused this boom. After the war, all cities and places affected were all given increased goods and services. The US also helps other economies by supplying goods to rebuild their economies. This resulted in unprecedented economic growth that lasted for years and only slowed down in 1958.

In addition, many people are also given the opportunity to go to college. And with increasing bachelor degree holders, the opportunity to get high-paying jobs increases. Many families benefit from this economic growth, and with higher income, they can meet the needs of many children. And so many babies are born within this period of time.

What most parents don't know is that these babies will soon grow up as dominant and rebel individuals. But this does not mean that baby boomers are all bad. It's just that the majority of the group consists of people like this but there are also people who love peace and observe the social norms of society.
What are baby boomers? There are many definitions and almost every definition is acceptable. In most cases, baby boomers are identified because of their characteristics; but most of the time, it is based on the year they were born. 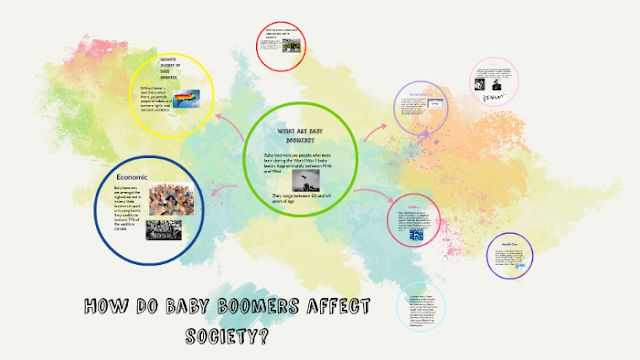 During those years, around 79 million baby boomers were born. Babies born during this important period have different cultural and political patterns. There are still many arguments about the right years, and this has to do with other generations, called 'x' generations.

Baby boomers are often difficult to understand; and that's why baby boomers and their parents have a generation gap. There are gaps because boomers and parents differ in experience, habits, opinions, and behavior.

In the 1960s, great cultural differences between the baby boomer generation and their parents included musical tastes, drug use, fashion, and politics. Baby boomers have great power because of their large numbers so they get influence, and strength. They are also not afraid to rebel against established social norms.

Baby boomers are able to create a generation of identity, and they were even recognized by Time magazine as 'man of the year' in 1966. They are famous for the slogan 'don't trust anyone above 30'; and this is probably because of the gap made between them and parents.

This particular generation is not afraid to rebel against society. They love rock music, young men grow their hair, young activists dominate during protests, increasing drug use, and sexual revolutions are just a few things baby boomers like to do. Many parents hate this kind of action but because of the many young baby boomers, they can do nothing.

Then there is a cultural war called between the boomers and the 'x' generation. They constantly accuse each other of moral crackdowns, sold out ideas, undisciplined behavior, and wild explosions. But both generations are able to make a sign in history.

Baby boomers will grow old. And soon, they will realize the value of life that their parents are trying to teach them. Baby boomers aren't too bad. Sometimes it has something to do with the community where they live. As young people, it is only natural that they want to be recognized and accepted. They are strict and do whatever they like.

This may be due to the fact that they can enjoy a prosperous life, with fewer worries due to widespread economic growth. Baby boomers are a part of history, and they are here to stay.